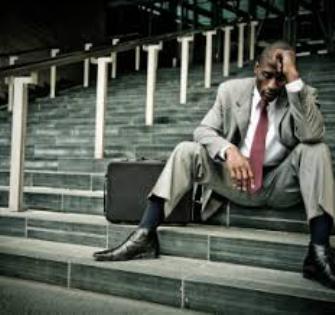 Ifeoma is an experienced Product Manager specializing in Growth in Garnet Care with a high degree of expertise in SEO,Social Media Marketing,Web Analytics,Content /Technical Planning.

Are you tired of looking for jobs or you are frustrated with getting rejection emails after sending countless applications to companies or organizations?

Well! you’re not alone, because according to the National Bureau of Statistics, Nigeria’s Unemployment rate increased to 33.30 percent

this is due to many factors, one being the global pandemic which affected the world’s economy but regardless of the unpleasant statistics,
there’s hope for you because there was a paradigm shift when the global disruption happened,

it created exponential growth in the tech industry as well as brought new opportunities like the gig economy.

So in this article, I will look at the importance of industrialization through digitization as a panacea to wealth creation and unemployment reduction,

has increased on the earth.

Personal and corporate wealth increased when industrialization became the dominant method or means of harnessing human and material resources on earth, and it took a new dimension with the adaption of digitalization globally.

Regardless of what stage the industrialization revolution of the human race is in, the principal thing hasn’t changed and that is wealth creation.

As a matter of fact, Nations that have adopted digitalization from technology and innovation have grown richer and wealthier.

Industrialization was born primarily from the ingenuity of the human industrious spirit, this ingenuity has seen innovative business ideas arise from small
office spaces to conglomerates, for example, Amazon which was founded by Jeff Bezos from his garage

that include; e-commerce, cloud computing, digital streaming, and artificial intelligence and it’s amongst the 5 biggest technology companies

in the world and has been referred by many as one of the most influential economic and cultural forces in the world, also Facebook now called meta

that was Founded by Mark Zuckerberg with fellow Harvard College students and roommates Eduardo Saverin and co, which started from a university dorm room
with the idea to connect friends from a section of campus has gradually expanded into 2.8 billion monthly active users

and changed the ways humans interact and communicate.

I know by now, you’ll be wondering how does all this guarantee you a job well Garnet care foundation, a non for profit organization that was incorporated

in oct, 2017. believe that digital literacy from professional training can contribute to unemployment reduction as well as make people economically viable.

this philosophy is part of the foundation’s mission which is "sound ICT education", and training in the prerequisite industrial professional skills that are needed in the fourth industrial revolution will bring about unemployment reduction as well as wealth creation.

this realization made the foundation to initiate the job-guarantee program which is an industry-specific training like;

and other platforms to promote products and services.

UI UX Design: is the process of creating evidence-based, interaction designs between human users and products or websites.

Design decisions in UX design are driven by research, data analysis, and test results rather than aesthetic preferences and opinions.

In conclusion, Embanking on professional training with Garnet care foundation in the aforementioned courses will guarantee you;