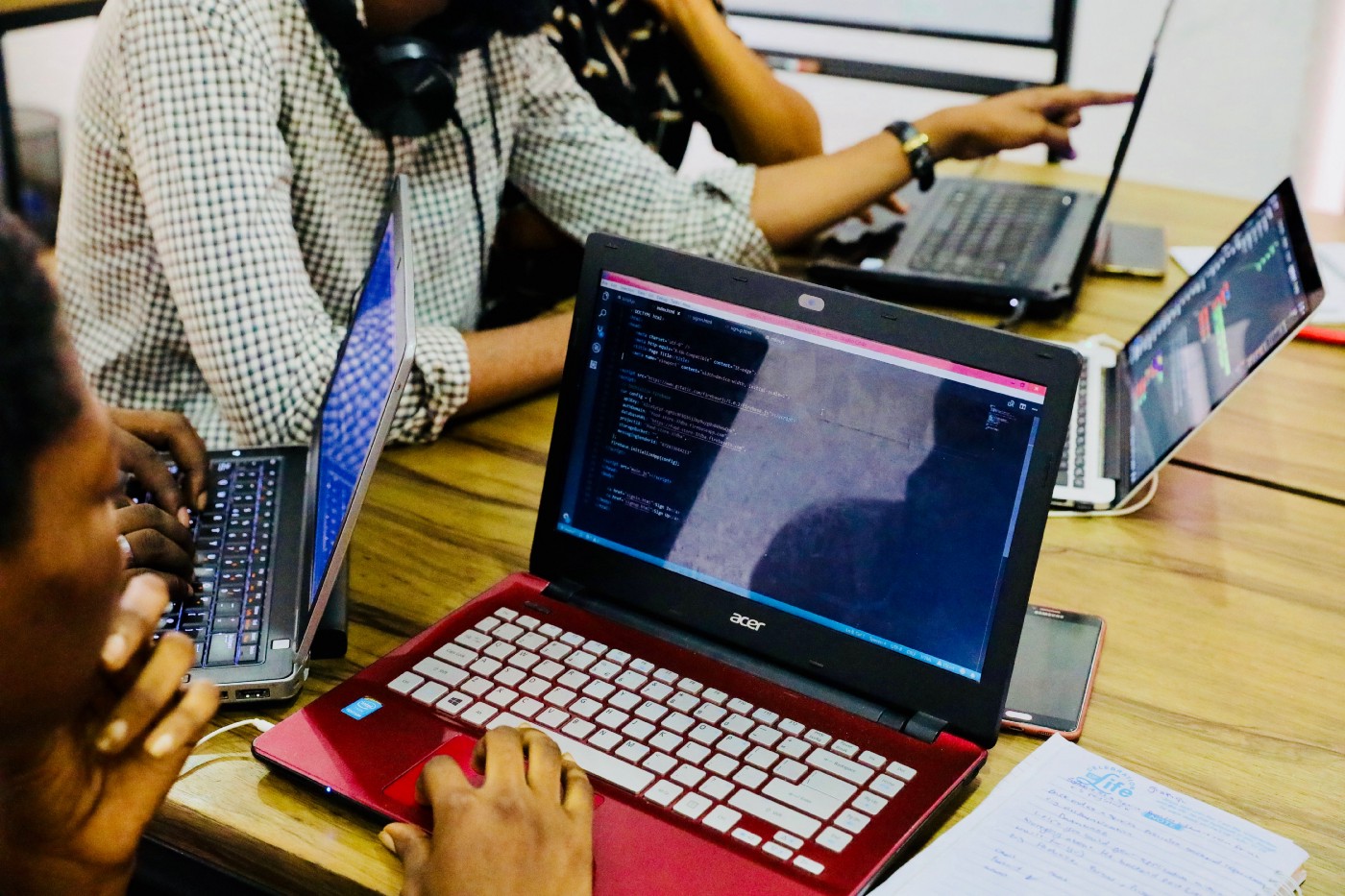 Ifeoma is an experienced Product Manager specializing in Growth in Garnet Care with a high degree of expertise in SEO,Social Media Marketing,Web Analytics,Content /Technical Planning.

You might’ve heard your kids talk about 3D Games like Minecraft, Pierhead Arcade,Candy Kingdom, and other virtual reality games
that seem to be the new cool amongst kids and adults alike, or probably you’ve come across words like Artificial intelligence or Automation

and techy words being used in everyday conversation.

well if you’re not aware of the new reality or you're adrift, the world is now Digitalized and mankind’s evolution is in a technologically enabled stage

and most of these technological innovations that have become part of our civilization like; the games your kids are playing,

the ultra-modern tv in your sitting room, the microwave in your kitchen etc.are done or made to function in a particular way through coding

In thisarticle, I will give you reasons why “Now is the right time to teach your kids how to code”, the benefits of teaching them how to code

and how to get them started, I know by now you’ll be wondering what’s coding?

Coding; is the creative process of how we communicate with the computer. Code tells a computer what action to take and how to execute
different actions or sets of instructions and Coding allows us to create things such as computer software, websites, apps, and video
games.

There are various types of code, depending on what you want to develop. And different programming languages.

Why is it important to teach your kids how to code now?

Like we all know kids from this generation are tech savvy, they’re part of the social generation to have access to the internet and
portable digital technology, which many regard as Gen Z, as a matter of fact there’re kids that has gained global recognition through coding

such as; Ben Pasternak, an Australian technology entrepreneur.

He is the co-founder and CEO of SIMULATE, an American nutrition technology company, that has raised US$57M in investment to date,

who developed his first successful app at the age of 13, he was named as one of the world's most influential teenagers by Time in 2016,

interestingly some of the world’s richest and influential men learnt how to code at tender age, Like many other famous programmers, Mr. Musk
taught himself how to code when he was still a child at the age of twelve,

Elon has been able to develop some of the most important technological tool in modern time.

Mr. Zuckerberg is another incredible individual that has completely changed how the world works. Mark’s coding journey began in middle school.

He also taught himself how to code when he was in middle school. When he was in college, Zuckerberg and the Winklevoss
brothers conceived Connect U, which later become Facebook.

Before becoming the richest man in the world, Gates was instrumental in the development of modern computers as they are today.

There are numerous success stories of influential people that started coding when they were young or kids, so you will be setting your
kids up for success if you teach them how to code now.

and problem-solving capacity, because writing code involves organizing and Analyzing data in a deductive structural sequence or process.

· It will give them better career opportunities; because some of the biggest jobs in the world are in the tech industry,

coders (programmers or developers) makes between $500,000 Annually with stock options.

· Teaching your kids how to code now will make them relevant in the world, because the world is digitally driven and coding or programming knowledge

are sort after in the workplace, industries and business.

How to get your kids started.

There are severe ways to get your kids started with coding, as mentioned earlier some of the people that has made headways globally in the tech industrial

were self-taught, so your kids can learn how to code from online tutorial like YouTube and other coding tutorial sites.

Since learning is better suited in a conducive environment, you can sign or register your kids in garnet care foundation’s summer bootcamp

or regular coding classes for kids.

Teaching your kids how to code now will increase their problems solving ability or capacity which will also make them rich,

because the world is looking for problem solvers, learning how to code will make them relevant in the world

because coding skills are highly sort after by many industries and business, it will also shape their future.